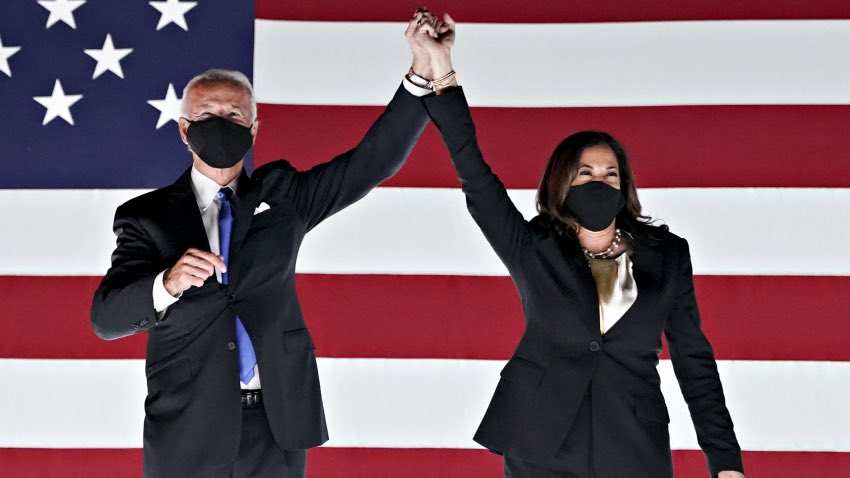 In 2018 on election night, a narrative emerged that the Democrats had underperformed and the “blue wave” so many had predicted had never materialized. This was despite warnings that the final count would take days to finish.

In the end the Democrats gained 41 seats, a massive shift in The House. The predictions were correct – the Democrats won in a landslide.

We’re in the middle of that process right now regarding Joe Biden. Pundits warned that states like PA would count Biden-heavy mail/early ballots last which would cause a huge apparent shift from Trump to Biden in the days after the election. And that’s what we’re seeing.

Trump won 306 electoral votes in 2016. He called this a massive landslide. Republicans said this was a mandate from the people, despite the large popular vote gap.

Biden is tracking to win 306 electoral votes as well and may win the popular vote by the largest margin in history – over 7 million people. There are a lot of issues apparent from election night the Democrats need to work on (I’ll get to that later). But Biden’s victory is huge.

This was not the repudiation of Trumpism many of us hoped for but it was still a great accomplishment. You can breathe slightly easier for now.

As for this blog, the news about Trump is not slowing down especially as he’s openly contesting the election. I am going to continue documenting his malfeasance.

If you’re a Patreon subscriber and ready to tune all of this out, I do not blame you and thank you for your support through this endeavor. For those who want to, I am keeping the Patreon active until Biden’s inauguration. After that I’ll be shutting down donations.

If the news cycle on Trump continues past that, especially regarding investigations or criminal actions, I will continue writing about it for as long as it lasts.

Thank you to everyone for reading over these past five years. I know I’ve directly impacted the vote of some of you. You were seen. And you’ve perhaps made a bit of a dent in my Imposter Syndrome.

Thank you and I’ll be back to normal updates this week.